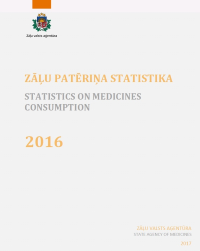 Since 2012, the total turnover of medicines has exceeded 300 million euros (incl. VAT) per year reaching nearly 375 million euros in 2016. These data and more statistics can be found in the new book “Statistics on Medicines Consumption 2016” that has been prepared and published by the State Agency of Medicines of Latvia.

Most of medicines (incl. unauthorised medicines) sold by wholesalers in 2016 were supplied to pharmacies (64%). Three largest wholesalers provided 75% of the total volume sold to pharmacies in Latvia in 2016. Meldonium containing medicines were the most sold Latvian manufacturers’ medicines with the respect to the turnover in euros and to the number of packages sold.