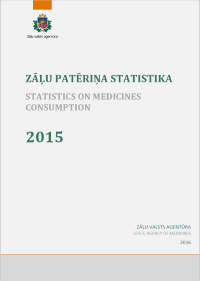 Medicinal product turnover in Latvia was 336 million euros in 2015

Same as last year the medicines with the highest consumption were for the treatment of cardiovascular diseases (33%), followed by medicines for the treatment of gastrointestinal and metabolic diseases (24%), diseases of the nervous system (10%), diseases of the blood and hematopoietic organs (10%) and other organs. The highest demand for non-prescription (over the counter) medicines in 2015 according to the international non-proprietary name was for medicines containing acetylsalicylic acid and ibuprofen.