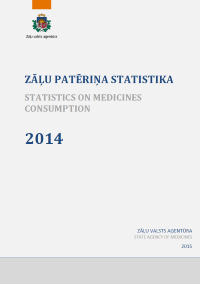 When evaluating the data regarding medicines consumption in 2014, the State Agency of Medicines (SAM) has concluded that the turnover for medicines has continuously increased during the previous years. Since 2010 the average annual turnover of medicines authorised in Latvia has been approximately 300 million euro (including VAT), reaching 316 million euro in 2014. The number of licensed medicines wholesalers has also increased reaching 73 wholesalers operating in Latvia in 2014.